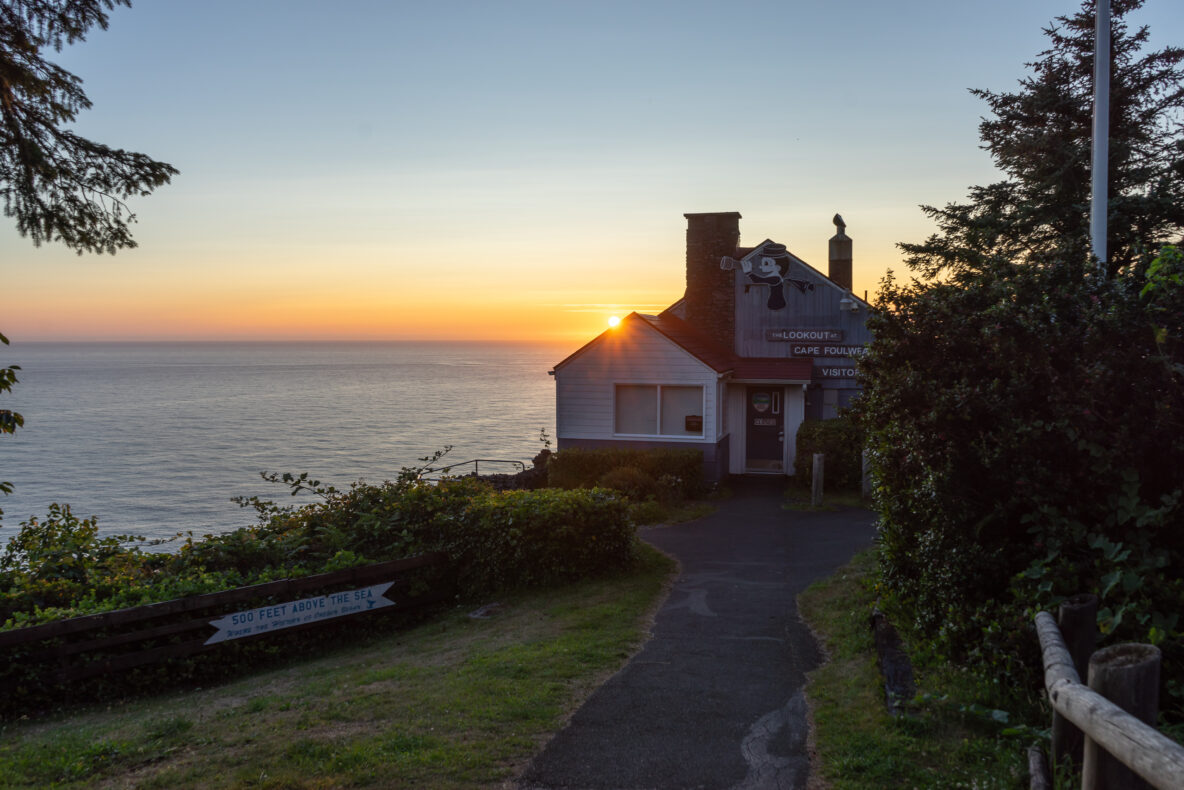 This is part of a larger series, our North American Rocky Mountain Tour. This leg takes you through the Northwest United States along the west coast, from Otter Crest Scenic Viewpoint, Oregon (west of Eugene, Oregon) to Crescent City, California.

This leg starts at the Otter Rock, Viewpoint Oregon and ends near Crescent City, California. It includes crossing the California/Oregon border, where they inspect your vehicle for produce which may pose threats of disease to their agricultural industry.

This day is a bit of a marathon, so feel free to break it up into 2 days, depending on what you plan to do at Crater Lake. We spent about 4 hours hiking and made it back to the coast in one day. If you want to adventure longer, I’d recommend planning an extra day here.

Driving the 101 south, turn east at Newport, Oregon on to Hw 20. At Corvalis, Oregon the same highway turns into Hw 34. When you reach I5, turn south. Once through Eugene, Oregon, turn on to Hw 58 and follow it until it ends at Hw 97 where you will turn south. A short time Hw 97, turn right (west) on to Hw 138 at Diamond Lake Junction. When you reach the park gate, turn south on to Volcanic Legacy Scenic Byway which will take you into the park.

Once on the road back to the coast, we lucked out around dinnertime to find one of the highest rated buritto shops in Grants Pass, Oregon called Casa Amiga. Be warned though, an $8 burrito will feed 2-3 kids. We made the mistake of getting them one each and ended up eating the remnants for the next few days. It was a delicious mistake.

When leaving the park, we took the Volcanic Legacy Scenic Byway to Hw 62 and headed west toward Medford, Oregon. just before reaching Medford, we turned west again on Hw 234 towards Grants Pass, Oregon. When we reached Gold Hill, we turned west yet again on to I5 until we reached Grants Pass. From there, we turned on to Hw 199 where we passed the Walmart and Casa Amiga, and continued west to the Oregon/California border through a beautiful redwood forest.

When we reached Crescent City, California, we turned north on PCH 101 crossing back into Oregon to stay at the Oregon State Department of Transportation Rest Area at Harris Beach State Park. The rest area is equipped with wash rooms with running water and flush toilets and is directly across the highway from the Harris State Beach Park, which also has a campground and picnic area.