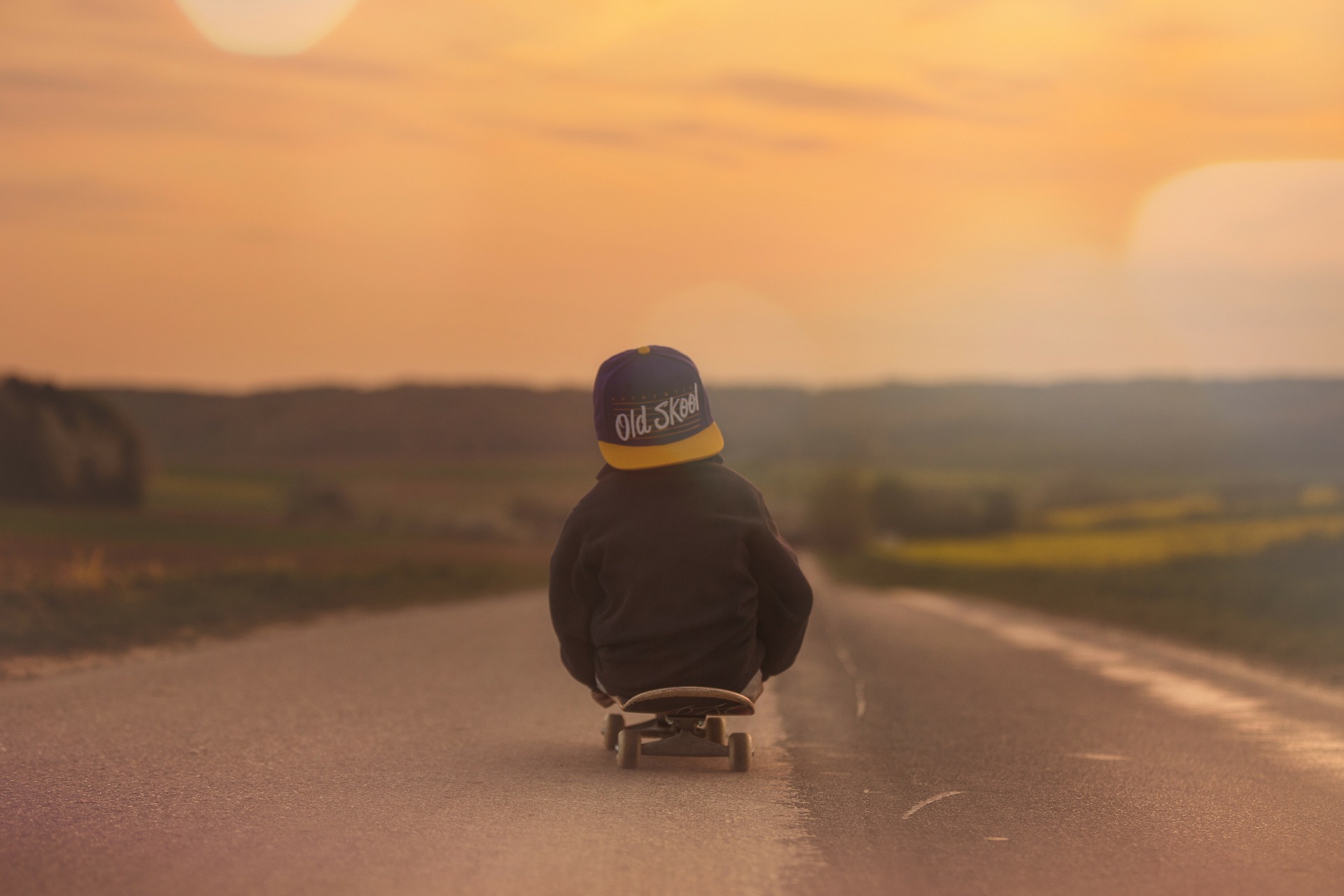 I once rode a skateboard down a long, steep hill when I was 11. It was probably the first time my brain really, clearly comprehend physics. By the time my mind put things together, gravity propelled me toward something other than a triumphant celebration of this grand scheme. I imagined broken bones, a bashed-in head, lots of bruises or if I am lucky, just a week-long limp. Maybe the ladies would give me sympathy for my cast.

For the sake of your entertainment, sadly this story doesn’t end in catastrophe. A moist spring had made the ditch a rather comfortable place to land. Still, though, with my body aching from the impact after being partially winded, I laid there in the ditch. I think I decided that it was worth the ride, but I really don’t remember. I might have bumped my head.

Back to the story. (stop here if you haven’t read part one) Initially, I thought I’d get 3 creepy emails and then I’d just delete the ad and pretend it never happened. But only an hour after posting the ad and getting the kids to bed, I noticed my phone was going nuts. It was like I was on the skateboard all over again – do I jump off, or do I just ride it out and hope for the best?

I shut off my phone and decided to go lose myself at the climbing gym. It wasn’t until the next morning when I finally stopped to survey the fallout. Turning my phone on was step number one. It wouldn’t stop vibrating. First, email – 38 new messages. 36 of them were responses to the craigslist ad. I quickly created a filter and pushed them to the side not quite grasping the reality of the situation yet. Gmail creates a lovely little notification for your filters that shows the number of unread messages related to it. As the day moved on I became more fixated on the number of messages, it appeared to grow by the minute. I reasoned with myself that they couldn’t all actually be serious – maybe they are all just ‘Craigslist spam’. Instead of 3 creepy emails, it was 58.

It was the second day after posting the ad when I finally tried to wrap my head around it. I started with response one. She was nice, smart, had proper grammar and spelling. She attached pictures and didn’t seem like the kind of person that continuously trolls the personals section on Craigslist, which was a welcome relief. Next email, same thing. I was astounded. At this point, there were more than 80 responses. How on earth did this happen?

They had taken the time to write me so I decided I’d better reply to each message. After 5 or 6 replies, I noticed that the number of unanswered messages had gotten higher. I’d answer 1, and 2 more would come in. That is when the clouds parted in the form of a Twitter DM from Ryan Jespersen. He revealed that they were wanting to do something on Breakfast Television for Valentines Day and that this was right up their alley. Overwhelmed, I told Ryan that if he took over the flood of email, I’d do whatever he wanted. Plus, I knew that the increased coverage from Breakfast Television would only increase my chances at finding someone who was as off-the-wall crazy as me. The deal was done. He quickly made some arrangements, revised the Craigslist ad, and we were off.

Media interest started with a call from Metro wanting to do a story. Then 102.3 Now found out about the ad and wanted to have me on the radio (comments from lovers and haters on their Facebook page). Next was K97 and 92.5 Fresh. Then it started to trickle past the city limits with a phone call from 99.7 The Wolf. Yeah, I had never heard of them either, probably because they are based out of Bonnyville. Luckily, they were kind enough to send me the Audio:

Then things started to get real interesting, first with this email I received from an adventurous woman in Toronto:

When you are in TO for our non-VDay-proper-but-VDay-in-lieu date, I propose a Kundalini yoga class, followed by a Korean bibimbap lunch, a walk around a cool neighborhood, a walk and subway to a kick-ass chocolate shop (one of two in Canada that grind from beans on site).  Then, cozy dinner at Edward Levesque’s Kitchen – the sign outside says Steak, Chickpeas, and Alcohol. I don’t eat beef (not unlike kd lang, I’m an Alberta/BC big-boned gal), and I don’t drink alcohol (save for a wee whiskey once-twice a year), but I’m a fan of chickpeas and Edward makes a delicious crab cake.

While the whimsy of her offer was definitely a temptation, the craziest was yet to be proposed. Another email offered to sweep me away on a plane to Vancouver, but the pinnacle of weirdness was when a group of 100 ladies (about 1/3 of them single) from that interesting Rock out on the east coast pitched an offer to fly me out, put me up in a hotel, and create a Bachelor-style circus where I had to narrow it down to one of their single sisters by the end of the weekend. Their goal was to get each lady to pitch in $10 to cover the costs. Generous, but part of me expected I’d end up having my organs harvested and sent worldwide to the highest bidder.

Needless to say, I stayed on course. Bright and early on Valentine’s morning, Ryan had arranged for an in-studio breakfast where I would have 20 minutes each to chat with 3 ladies he felt were the best match. At the end of that morning’s broadcast, I’d have to decide which person was to be my short-term valentine.

For their sake, I’ll refrain from mentioning names. Being in the media is a double-edged sword. Each of the 3 women that Ryan chose reluctantly took on the media gauntlet, so I’ll leave their involvement for them to disclose, except as one might find in tweets and such. I also have to make the point clear, that Ryan has exceptional taste in human beings. Not only was I was pleasantly surprised by the company Ryan had chosen, but they were poised, interesting, fun, and engaging. We have some amazing people in this city, so I imagine his challenge was narrowing it down from a pretty notable group of people.

In the end, ‘Anna’ and I (not her real name) hit it off the best. I know I claim to be a dynamic person, but those who know me say I tend to have a one-track mind. Get me started on the topic of mountains (or gluten), and I’ll be the guy who just won’t shut up. As soon as Anna and I found that common ground, the conversation lit up and anyone who knew me saw that I had already made my decision.

So then it began. Well, not exactly at that moment. We both had stuff to get done that day, but we made plans to get together later and parted ways. As we said goodbye, I remember motioning to shake her hand, but saved myself and turned it into an offer for a hug. A handshake? Talk about rusty game.

Part 3 is coming up.

Here are the links to the original video clips. Unfortunately, they are all broken, as Breakfast Television has become Dinner Television. I’m not sure where the footage would now be held, but I’m seeing if I can track them down. If I do, I’ll post them below.